Life is funny you know. Telling the men-friends in your life that you are pregnant. Here is my story of telling two men that I care for. I was twelve weeks and it was time.

The first one was my ex.

I was fully in love with this gentleman. However he didn’t want to have children-ever. He also had changed during our relationship and so did I. However, we were still friends and still had a little spark. He made me smile and laugh. I felt that before he caught feelings again, that he should know.

“Ex, I have something to tell you.”

“What do you have to tell me?” He was smiling, but not for long.

He seemed generally happy for me, but he had questions. I could tell that he was deflated. He asked me about the dude. I teared up a little when I told him that he probably wouldn’t be around too much. Sometimes your truth is hard.

He was so supportive that I actually felt like we had truly crossed the friendship threshold. His words were sweet, kind and encouraging.

“I bet Mom’s wishes I was the Daddy, huh?” We both laughed. We spoke for about 30 minutes and then he said that he was going to the bathroom and that he would call me back.

I sent him a thank you text for listening to me and being a good guy, I appreciated him at that moment. “I’m going to call you back in a sec.” He text me. I appreciated his support, it was what I needed at the time.

I have a friend that I have literally known for 20 years. We crossed at about the same time into our respective Black Greek Letter Organizations and have always had a very close and beautiful relationship. I honestly always thought that in the end that we would end up together.

“Friend, I have something to tell you.” I felt a lump in my throat. I had been anxious about having this conversation for ever since I found out that I was pregnant.

“What is it?” His voice was different than Ex. He sounded anxious and nervous.

“I’m pregnant.” There were a few moments of silence.

“Wow. Congratulations.” It was dry.

I could feel that there were all of these questions that he had for me. Then he started asking about who this dude (the father) was. The conversation was uncomfortably short as he was getting in his Uber. I wasn’t sure that I would hear from him again. However, this was my life and if somebody didn’t like it, it was their burden to bear, not mine.

A few hours later after watching the whole season of She’s Gotta Have It! I got a text from Friend.

We exchanged a few more messages and then he called me. For some reason I was able to breathe a sigh of relief. My feelings of abuse, neglect and abandonment from Black men disappeared for a few moments.

We chatted and it was a positive conversation-until the end.

Randomly my friend said, “Well I could never date you now that you have a kid. All of the lust just went out of me. I don’t date women with children.”

I was thinking to myself. “I am 3 months pregnant, trying to figure things out. I’m not looking for a date.” Instead of saying how I felt, I became defensive and asked him why he felt that way. I even reminded him of the girl he dated that had a baby. I am angry with myself for feeling like I had to make myself acceptable to date anyone. My child only makes me better, greater and more beautiful. If somebody doesn’t believe that, they don’t have to.

Draymond Green is a prime example of men being great. Dating and making family with a single Mom and his college sweetheart.

I was so angry that I called one of my Sorority sisters. She is a single, very dedicated Mother.

Her argument that there were plenty of single, available and childless women out there. And that men would much rather be with them. She named some people that we both knew. I was thinking…those women are single for a reason. If I was a man…I wouldnt date them either.

I listened to her but then I thought about how false that is. I know plenty of friends that were single Moms that moved on, met better men and are now happily married.

My Sorority sister Jeanitra Hector married an awesome (fine ass) man and was a single Mom. Her and her husband have now had another beautiful son and live a lavish lifestyle; my favorite Blogger and close girlfriend Brandi Riley -(formerly Jeter) Mama Knows It All married a phenomenal man and now they live a Huxtable Life and have just had the internets most beautiful baby and my little Sister Ilea Martin is engaged to a good, hardworking man, they just bought a home and my Mom already feels like she has another son because of how he treats her and ALL of us.

After a long day of living in my purpose, it's nice to come home to my reasons why. These guys plus the little girl sleeping in her room are big motivation for me to stay focused, stop making excuses, and do the damn thing. Between them and friends who won't let me discount my gifts, your girl is feeling like she's #allthewayup tonight. #couragetoearn #couragetoearnmore #momlife #entrepreneur #mompreneur #wifelife #baby #blackhusband #Oakland #blogger #bloglife #blackmomsblog

These women were all super single Moms…but aren’t anymore.

Everybody has their own story. But mine is being written every day. At this moment I’m only thinking about the healthy birth and life of my baby. Everybody is going to have something to say about my life and how I handle it. If, when I am ready, and a good man comes into my life then God will direct me to him. 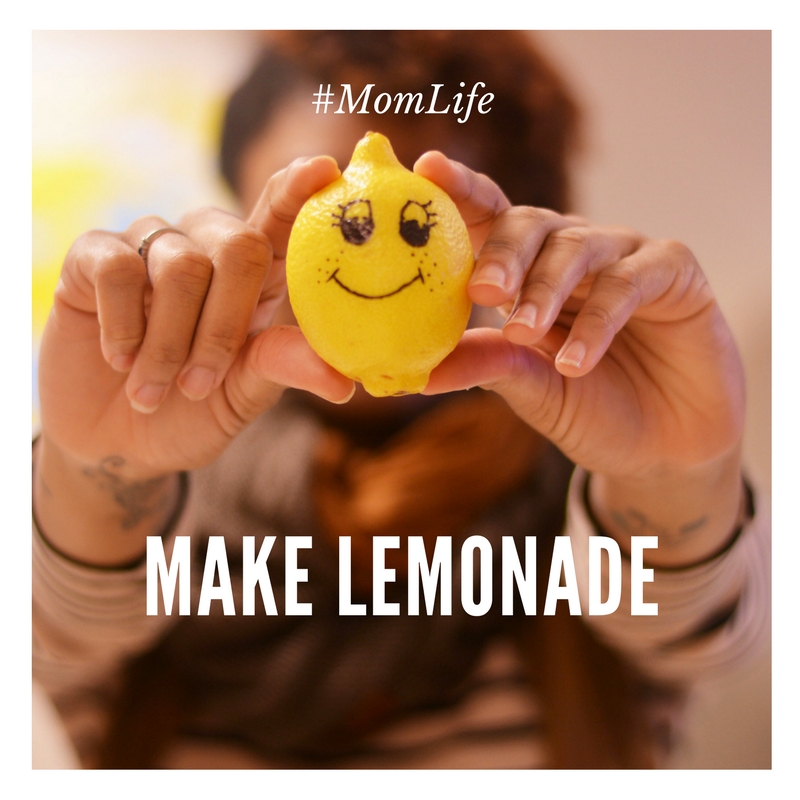 Being a woman who brings life into this world and who does not have a partner may not be the easiest process, but it is real life. We never ask these questions of men. I have dated single Dad’s since I was in my 20’s. I am not glorifying being a single Mom, but I’m not out here acting like it’s the worst thing either. Motherhood is a Blessing and nothing about being a mother makes me Undateable.

I’m going to let some basic Dude keep selling that to you if you want to believe that. The way myself esteem is set up….I’m the baddest.

All the Single Moms…Put cha hands up! Give me your feedback on Single Moms Dating!!